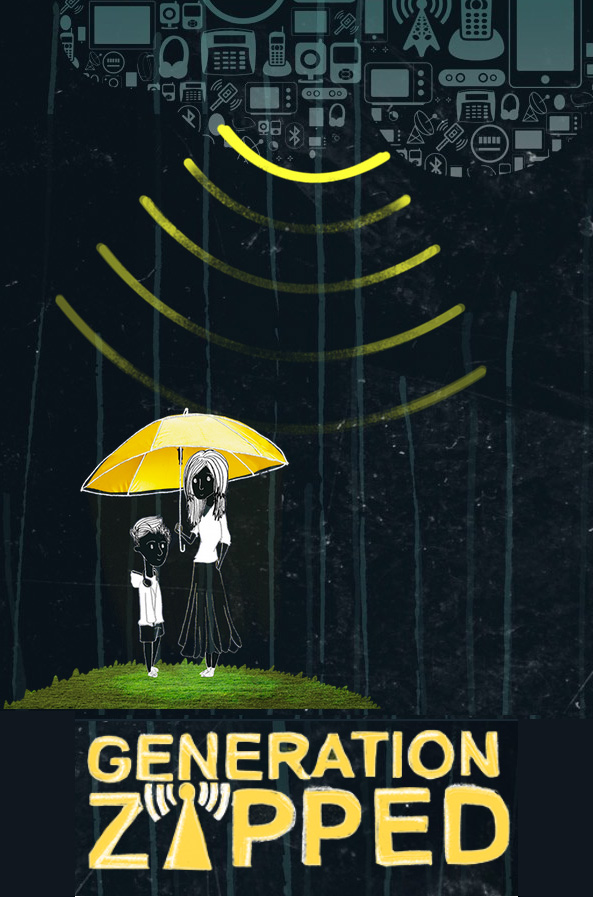 The GENERATION ZAPPED documentary reveals new evidence of the health risks from our ubiquitous use of cell phones and digital devices and the prevalence of wireless radiation. Children and teens are especially susceptible and yet they have some of the highest daily exposure.

The film features public health policy experts who are fighting to revise long-outdated policies and safety regulations and provides hope - by suggesting simple guidelines for how to protect and safeguard ourselves and our families against these potential dangers.

Documentary films have a unique power to raise awareness and spark action. GENERATION ZAPPED provides important information on how to protect yourselves and will lead to a vital discussion about our wireless lives.

We invite you to watch the trailer and consider hosting a home or community screening to raise awareness.

This documentary will later become available to the public for sale but not until a community dialog has been well established through larger audience screenings to greater enable social change.

Here are some of the changes that are occurring

Many nations have moved to limit exposure to children in schools from wireless radiation, including removing wireless devices and hardwiring the classrooms for internet access.

Massachusetts has five bills in play in their state legislature to protect the public from wireless radiation.With the advent of 5G, where cell transmission towers are required to be placed every 1000 feet, battles are going on between communities and the cell industry about who controls these towers.

Early reports indicate that the federal government is moving to pre-empt local ordinances governing the cell towers.Cities are fighting back, suing to stop the advance of cell towers, including many in Ohio.

The cities of San Francisco and Berkeley both initiated local ordinances that would require the posting of information at point of sale for cell phones to inform consumers on safer cell phone use. The cell phone industry sued both jurisdictions. San Francisco decided to not engage in costly litigation.

Berkeley prevailed, and now requires information about safer cell phone use to be posted at point of cell phone sales.

Cell phone users are suing manufacturers in the U.S. for what they say is the brain cancer they got while using cell phones.

In Italy, a man with brain cancer sued cell phone manufacturers and won.The American Academy of Pediatrics has issued guidelines for safer cell phone use.