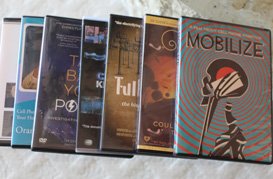 You will also find data, interviews with industry experts, information on consumer safety and EMF activists issues, safety standards, historical background about the problem facing us today, as well as current events.  Although each EMF  documentary in  takes into account the entire EMF issue in the larger sense, each one also has its own particular focus.  Read the reviews to find the DVD dealing with the issues you are interested in. 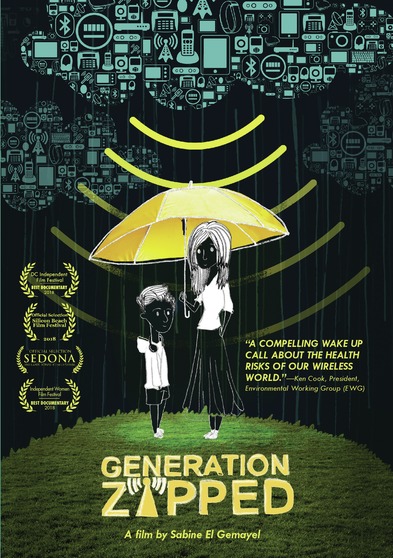 GENERATION ZAPPED investigates the potential dangers of prolonged exposure to Radio Frequencies (RF) from wireless technology; it’s effects on our health and well-being, as well as the health and development of our children. From its links to breast and brain cancer, to its associations with increased infertility and genetic mutations related to autism and ADHD, to newly developed illnesses, such as Electrical Hyper-Sensitivity (EHS).

Today we encounter a hundred thousand times the level of radiation from wireless technologies than we did decades ago. Yet the safety standards set by federal regulatory agencies are outdated. New wireless devices such as smart phones, tablets and baby monitors to the latest “Internet of Things” continue to enter the market without any proper pre-market testing or post-market monitoring. Too little is done to ensure public safety and awareness.

So how can we uncover the facts and reduce our exposure to limit the associated health risks during this technological revolution? GENERATION ZAPPED attempts to do just that. 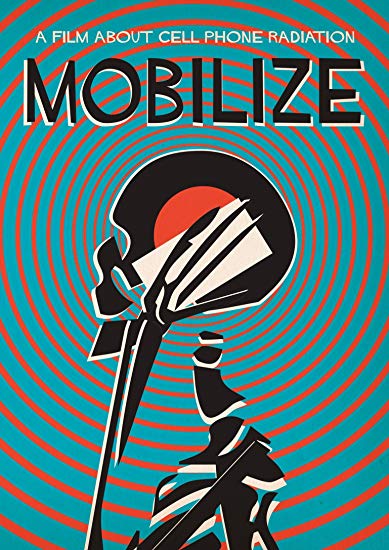 Above Picture:  Medical Imaging - Cellphone Effects on Your Brain

"In 2011 The World Health Organization stated, "The electromagnetic fields produced by mobile phones are classified by the International Agency for Research on Cancer as possibly carcinogenic to humans."  The cell phone industry has vigorously disputed these findings ... "(from the DVD cover)

TAKE BACK YOUR POWER:
INVESTIGATING THE "SMART" GRID

A MUST SEE.  This Documentary is winning awards worldwide.

"Take Back Your Power" is the ground breaking documentary film that is waking North America up to the dangers of smart meters, cell towers, and wireless technology in all its burgeoning forms!

This video take us on a journey of revelation and discovery, as we question corporations’ right to tap our private information, erode our rights, and risk our health in the name of “green”. What you discover will surprise you, unsettle you, and inspire you to challenge the status quo.

This newly released (October 2013 and updated 2014) documentary will help you learn what you need to know about the health, safety, privacy and legal rights related to the smart meter programs and other wireless technology being deployed throughout the world.

Listed in Order of Most Recent: